Word-searchable Version of the Mueller Report

The U.S. Department of Justice has today released a redacted copy of Special Counsel Robert S. Mueller III’s “Report on the Investigation Into Russian Interference In The 2016 Presidential Election.” Unfortunately, as released, one cannot search the 448-page report for key words or phrases of interest. I have created a searchable copy that you can download here (133 MB PDF).

U.S. president Donald J. Trump devotes a great deal of time to Twitter. Have you ever wondered what he sees on Twitter? I did, so I created the “Twitter Through Trump’s Eyes” public list that includes the President’s own tweets along with those of the 45 Twitter accounts that he follows. I will keep this list updated as necessary. You don’t need to have a Twitter account to view. Clicking on the image below will take you to the list. 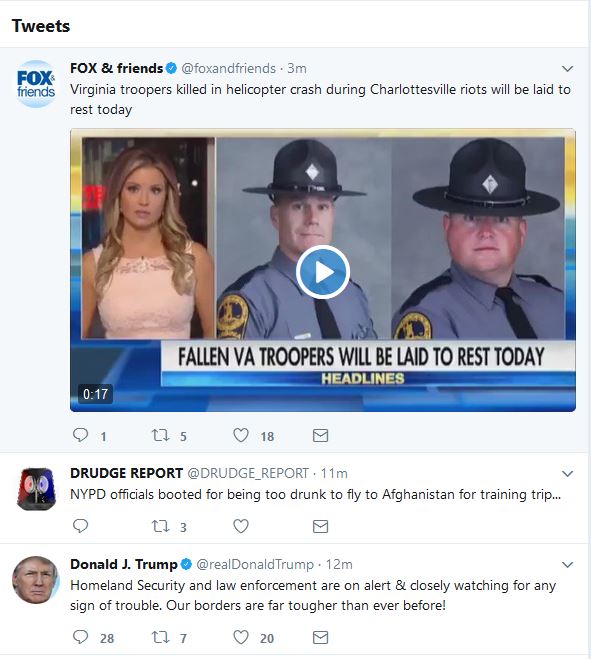 On the evening of Monday, 15 February 2016, Iran’s television channel 3 aired a 13-minute report titled “The Rules of the Game” (in Persian, قاعده بازی) about the 17 January 2016 prisoner swap between Iran and the United States, arguing that the exchange was a victory for Iran and a loss for the United States. The program, produced by the “General Administration for Analytical and Documentary Programming” (اداره کل برنامه‌های تحلیلی و مستند) contends that the settlement of a longstanding property dispute between Iran and the United States was linked to the prisoner exchange, reporting among other things that on the day of the exchange, the U.S. flew $400 million in cash to Tehran’s Mehrabad Airport.

The following is a rough translation of the report that I have prepared. Comments are welcome.

END_OF_DOCUMENT_TOKEN_TO_BE_REPLACED

Welcome to my new home page! I’ve had a personal home page since I was a graduate student, but I’ve decided to start fresh on a server that — for the first time — I’m administering myself. This site is currently hosted on a DigitalOcean “droplet” — a virtual private server — running CentOS. I’ve used Let’s Encrypt to secure the site and enabled HTTPS Strict Transport Security (HSTS). I’m pleased to note that as of today, Qualys SSL Labs gives this site an A+ rating.